On a cool, crisp Saturday morning in mid-December, Pete’s phone rang. He knew it was his brother Fred Fudgsicle calling since his number had a special ring tone. His big, warm heart leaped into his throat as he jumped out of his ice bed inside the freezer. Sure enough, it was Fred calling from Antarctica.

“How are you, Popsicle Pete?” inquired Fred Fudgsicle.

“Life is a bowl of popsicles! What about you?” replied Pete.

“Hey! I have a hoppin’ idea. I can come visit the family for a few days,” suggested Pete.

“Holy pudding pops! That would be awesome! When can you come?” planned Fred.

“I can be there in two days!” exclaimed Pete.

And the two sugary delights hung up in pure excitement. Without wasting a second, Popsicle Pete signed on to his computer where he booked the next flight to Antarctica. Naturally, he bought a cargo ticket which is where baggage is stowed on the plane. The cargo area is very cold so it was perfect since Pete wouldn’t have to worry about melting.

Without wasting a second, Pete booked the next flight to Antarctica

Then, he dashed into his room and stuffed three of his favorite Cold suits and a toothbrush into a small suitcase. Of course, he would not need to wear a Cold suit once he arrived in Antarctica because it was freezing cold there. Nonetheless, Popsicle Pete packed his favorite scarf and snow boots.

In fact, Pete kind of wished he still lived at the South Pole with his family because he wouldn’t have to worry about melting. That’s why the Cold family lived at the coldest place on Earth. Despite dry, windy, freezing conditions all the time, it was pure paradise. On top of that, the entire family lived in a lovely, two-story igloo and never had to think about melting. But Pete loved people! And that’s one reason why he lived in Santa Monica, California, where the folks are so friendly.

The Cold family lived at the coldest place on earth!

Finally arriving at the Willy Field Airport, Popsicle Pete’s plane glided descended into a smooth landing down the icy, snowy runway. Pete was sporting his new scarf and clunky snow boots, and boy was he a proud popsicle! As he exited down the airstairs, he met with a blast of bone chilling wind and leaped with delight.

“Holy flipping freezer pops! The weather is perfect!” Pete claimed as the rest of his fellow passengers shivered in their ginormous coats and fluffy hats.

Suddenly, he spotted them. Off in the distance waited the entire Cold family with brother Fred Fudgsicle leading the parade of popsicles. Pete gasped in excitement as his big heart swelled in anticipation. Back home, such extreme emotion would have surely caused a major meltdown!

It was a homecoming of epic proportion as Pete was greeted by his mother and father, Victoria Vanilla and Randy Rainbow. He ran into their arms as tears of joy streamed down all faces, freezing firmly on their cheeks. There were his sugar-sweet, little sister and brother, Ruby Rainbow and Perry Peanut Butter. Oh my, had they grown! And his twin sisters – Sienna Strawberry and Gabby Blueberry who had blossomed into dainty sweet stuffs of perfection. With their glowing swirls of color, they were prettier than ever!

But Popsicle Pete had always been closest with his big brother, Fred Fudgsicle. So, this greeting was saved for last. The entire Cold family opened as the two frozen treats ran into each other’s arms in pure glory and sealed the reunion.

Obviously, big warm hearts ran in the Cold family. With so much love, surely the entire clan would have melted anywhere outside of Antarctica!

Back home, the family of Cold confections laughed and reminisced while Mrs. Victoria Vanilla put the finishing touches on Popsicle Pete’s favorite meal – a lavish spread of frozen fruit with a medley of chopped nuts and a round of cucumber coconut slushies for all. Just as Pete was about to burst, Mama Victoria served up a sparkling dessert of star fruit chewies complimented by mango mint smoothies. Aaah, it was good to be home!

That evening, the entire Cold family gathered in the living room around a little mountain of candlelit snowballs that made the igloo extra cozy. They shared stories, recalled family adventures, and remembered what it was like growing up in Antarctica. Their bellies bulged from Mama Victoria’s feast. It was such a lovely evening and all their big, warm hearts swelled with love.

“How is it that you are able to survive in that warm California climate when generations of our family have lived here in Antarctica?” asked Papa Randy Rainbow.

Oh, they had all listened to Pete’s stories of his famous invention, the Cold suit. But being that Popsicle Pete was also the family rebel, they questioned his stories. And yet, there he sat right in front of them; a solid, well-formed popsicle showing no signs of meltdowns. Therefore, there must be some truth to the Cold suit.

Afterall, Pete was an engineer and a creative one at that. The Cold family knew very well about Pete’s history of inventing things ever since he was a youngster. But none of his inventions had ever reached global popularity, like the Cold suit. For Pete, crafting the Cold suit was about pure common sense. It had just been a matter of somehow putting a freezer into a garment so that the inside always kept a freezing cold temperature. Popsicle Pete explained the theory behind the Cold suit is such simple terms that the family sat in awe. They were proud of Pete and his crafty talent.

The next morning, the family set out for a jolly afternoon of tobogganing with their good friends the Waddle family. The Waddles were a sizeable colony of penguins that the Colds had known for years. The two families became fast friends when Pete was just a boy. Of all the Waddle children and cousins, Popsicle Pete was closest with China, Mac and Rock. They were sturdy boys and loved to cause trouble. Oh, the mischief they got into!

It was quite a sight to watch penguins sledding with popsicles!

So, it was no surprise that the Waddle boys should take great pleasure in tobogganing with the Cold family. Pete and his relatives laughed and shared jokes as they piled into the sled. Meanwhile, China, Mac, and Rock, the ‘sled penguins’, teamed up to harness and pull the group.

Back at the igloo, Mama Victoria Vanilla lovingly prepared another one of Popsicle Pete’s favorite meals. It was a special treat that she prepared only for him – a homemade pineapple yogurt popping with passion fruit seeds, topped with Mama Victoria’s signature Easy Cherry Sauce. Can you say, yummy? Too delicious for words to describe. She really was an incredible cook.

Whenever the Colds and the Waddles got together, adventure was guaranteed. China, Mac and Rock charged through the snow at a such a rapid speed that even Pete got a little nervous. The combination of laughter and high energy took him back to his childhood as memories flooded his big, warm heart. Had Pete been back home, the emotion would surely have triggered a meltdown.

As the afternoon came to an end, Popsicle Pete grew sad since the next morning he would fly home. There were big hugs between Pete and the penguins as teary-eyed, they said goodbye, not knowing when the friends would see each other again.

That evening after the Cold’s indulged in Mama Victoria Vanilla’s fruity feast, Pete laid in his ice bed, replaying the day’s activities. His belly swelled with tasty treats from the big dinner as his eyes grew heavy with fatigue. Finally, he drifted off to a sleepy world of dazzling dreams. The next morning, Pete awoke to the sound of Papa Randy Rainbow’s deep voice calling him to breakfast. He joked with his twin sisters Sienna Strawberry and Gabby Blueberry. Then, it was time to go. His two brothers Fred Fudgsicle and Perry Peanut Butter would go with him the short walk to the airport.

Mama Victoria Vanilla’s big, luxurious eyes filled with tears as she grabbed her son and held him close to her heart. How could Pete hold back? The mother and son gushed their goodbyes as the rest of the Cold clan gathered ‘round with promises that soon they would all be together again. 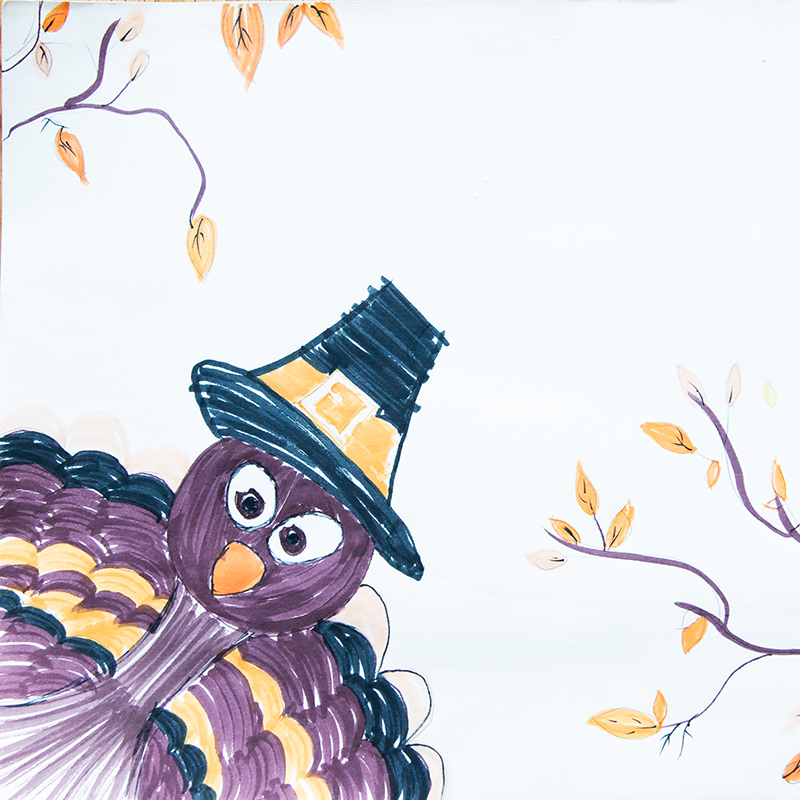 Case of the Missing Turkey 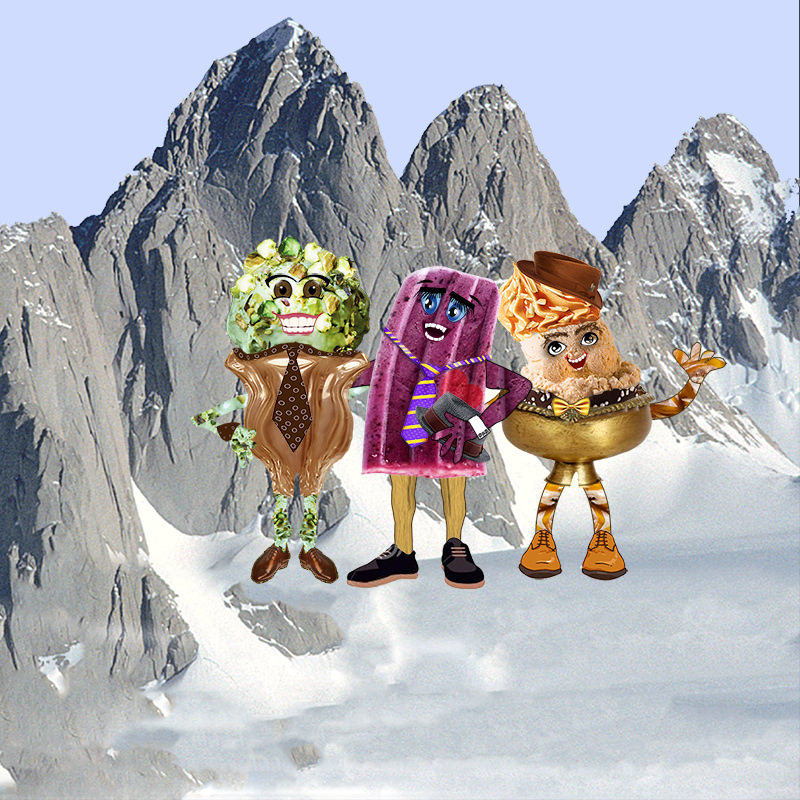